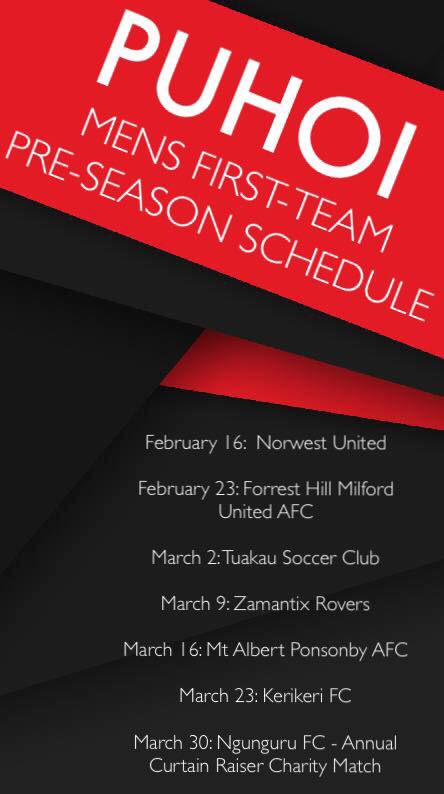 Our pre-season fixture list has been finalised with some good opposition included.

The list of seven games between February 16th and March 30th features clubs such as Forrest Hill, Mt Albert Ponsonby & Tuakau, as well as a charity match against Ngunguru FC which will be played as an annual curtain raiser to our season each year.

Times and venues for the games will be advised closer to the time, however you can expect most of our fixtures to be played in Puhoi at the club.

Get along and support the boys in the new year as we prepare to take on the challenge of getting promoted into the AFF/NFF Conference!

Great food and drink options are also available in the clubrooms, as well as a pool table, TV’s and a large balcony to relax and watch the match.