Dear Puhoi residents and neighbours,
Please find attached the team’s first meeting minutes of the year, March 11  2020,
PERT’s origins were in August 2019 at a public gathering in the Puhoi Centennial Hall to assess interest in the formation of a core group  to build up community resilience in the case of a disaster such as bushfire, landslip or flood.
Around 10 people expressed an interest in forming a group to help the Puhoi community in preparing for and coping with such events..
Jared Rehm was appointed the Puhoi Fire Brigade’s representative on the group, now known as the Puhoi Emergency Resilience Team. The team has received welcome support from Melanie Hutton, Auckland City’s Community Resilience Manager, and members of the Mahurangi West Community Response Group, whose action plan (attached)  Puhoi is studying to learn from their experiences so that we can write our own plan.
Our first meeting (the minutes of which are referred to in today’s attachments) was held in November last year and its first public action was at the December 8  Village Twilight Market in the Centennial Hall with an information display on summer bushfire hazards.
Hopefully, the action contributed to Puhoi’s freedom from fire this recent summer!
Below is our team’s response to a call, by our librarian, Helen Darnell, for help with sandbagging, in anticipation of the flooding of our river which can sometimes occur in autumn.
While it is hard to imagine floods during this time of drought, the change of season is likely to bring rain and with it the risk of flooding in Puhoi.
The PERT has been asked to assist the library with the provision of sandbags to be ready for use if a flood is threatened. If your property is at risk of flooding and you would like to secure some sandbags, please let me (Judith Williams) know and we will see what arrangements can be made to assist others in the community in addition to the library.
One thing to note is that sandbags, once filled, will need to be stored in a dry place so that they don’t rot before they are needed. Storage will be a matter for each property to arrange.
Hopefully the bags will not be needed!
In the meantime, crises, national and international, seem constantly to be thrown our way these days. The best advice we, as a community-building resilience team, can give is the old, familiar one – prepare your household to withstand an emergency (there are lots of websites, from lots of organisations, including Neighbourhood Support, to help you) and look out for those neighbours and ensure they are safe.
Judith Williams PERT leader Puhoi 4220 181 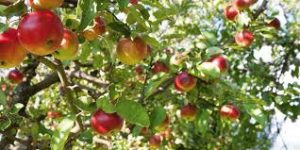