MetService have issued a severe weather watch for heavy rain and strong winds from 8am Saturday to 1am Sunday with mean E-NE winds of 65-75km/h, with gusts of 90-100km/h, possible in exposed areas of the eastern coast, Great Barrier Island, and the Hauraki Gulf.

Persistent rain, with the wettest period likely to be late Saturday afternoon and evening, is likely for all of Auckland, with locally heavy downpours possible for coastal regions north of Orewa.

MetService advises that the combination of rain, strong onshore winds, relatively low pressure, and high tides will likely cause coastal inundation in susceptible areas (for example the Tamaki Drive and Bucklands Beach areas).

Find out what you can do to prepare if bad weather does come, click on Our Auckland for more.

Celtic Sessions: Now Back in the Hall…

We have a spendid new website at http://www.puhoisessions.org and you can see us on facebook at https://www.facebook.com/PuhoiCelticSession/

Paul Manton, as Chair, welcomed attendees to the meeting.

The minutes of the meeting held on 30 May 2017 had been previously circulated. The minutes were accepted as being a true and accurate record.

THAT the minutes of the meeting held on 30 May 2017 be confirmed as a true and accurate record.

2. TREASURER’S REPORT for MAY 2017– previously circulated

THAT the secretarial payment for $30 be approved, and THAT the Treasurer’s report for May 2017 was accepted.

A meeting was held with Beth Houlbrooke, Gubbs, Russell Green and Dustyn O’Leary re the bus turnaround in the village. They will be approaching AT for their approval in principle, and then get feedback from wider community consultation. This is a big project with a lot of money and construction involved, including another footbridge.

Barriers to prevent parking on the footpath

Dustyn is still trying to get in touch with AT to get approval for barriers, but communication is proving very difficult. It is a work in progress. Tessa Berger, as Council representative, said she will work towards supporting this project and moving it forward.

Heston has met with other Civil Defence reps in the area, who agreed that they will have a meeting every 2 months. The Council is providing more support for Civil Defence than they previously stated. Civil Defence groups can choose their own borders (to include Waiwera Valley and Ahuroa) – this is to be determined. There will need to be number of representatives for the Puhoi valley area – possibly 9. The Forum will provide support as appropriate. Paul asked that Heston let the Forum know should the need for support arise.

Judith is still collecting information. She now has all but 5 of the street coordinators needed. Judith to let the Forum know should there be a need for support. Paul and Dustyn know what the needs are.

This was the 2nd month of moving upstairs, which is working well. They are still looking for a paid manager. Some discussion took place on the option of having different groups run the market through the month. Discussion also took place on how to raise the profile and therefore attendance at the market. Having a couple of stalls in the main village, was suggested along with another possible central village site. All this needs further discussion with the market representatives If the Forum can assist, please let them know.

A question was raised about the metal gates for the reserve. They are memorial gates and need to be preserved and possibly relocated as they can be in the way in their current location. Can they be moved permanently to the other side of the bridge? Could they be moved before the next ANZAC Day? To be discussed on the next meeting agenda. Paul will talk to the Parks and Recreation representative he works with. A permanent flagpole has also been suggested some time ago.

Auckland Council told Judith Williams that under Reserves Act of 1977 reserves cannot be sold, without full notification. A conservation reserve cannot really be sold at all.

Great Grub At The Sports Club 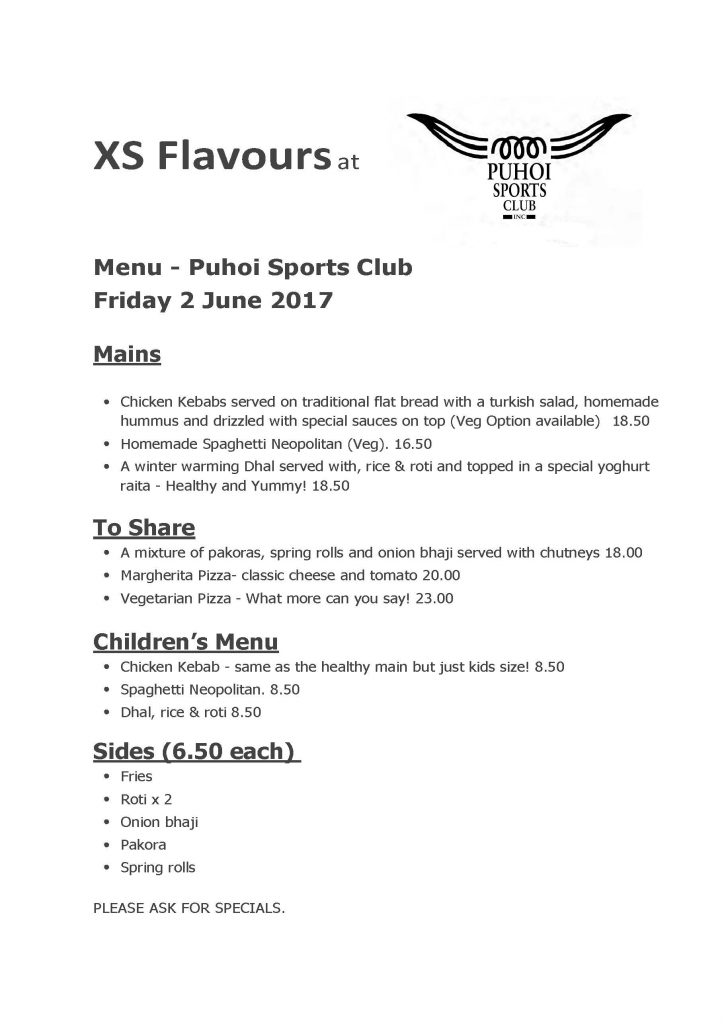 The Puhoi Community Forum will be working with Auckland Council to review the River Park management plan over the next few months. They’d like to canvas some suggestions on projects that the community might like to do in the park over the next few years.

For the best chance of success, these would be small projects, within the scope of community effort and funding, rather than requiring financial input from the Council/Local Board

Keep The Wheels on the Bus Going Round and Round: Bus Driver Needed 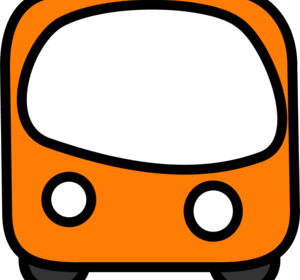 Our bus is a 29 seater, so relatively small. Can be driven on a Class 1 car license.

All enquiries to Michelle via email: mnell@ahuroa.school.nz

Put Some Spring Into Your Step

Spring Garden Festival at the Puhoi Village Market on Sunday 30th October.
9am to 1pm.
Everything you need to start your Spring garden.
From plants, seedlings
and compost to beautiful garden art.
puhoivillagemarket@gmail.com Mobile: 0274 270440