I Need A Gardener

Urgently looking for  full board for 19yr male as close to Puhoi Valley Specialty Cheese Café as possible. Currently has no car but has a bike and willing to ride reasonable distance to work.
Please phone Megan on 021 224 8789 or Nicki on 021 0257 9306. [from Nicki Eddy]

Has Anyone Seen Jock?

Jock has not been found yet.

A reminder – he is a grey Schnauzer/ poodle cross. He has curly short fur, turned down ears, a schnauzer moustache and a short tail.

Batten Down The Hatches! Wet Windy Weather on the Way

Help: Too Much Grass! 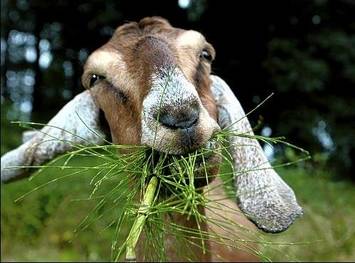 I have a 3yr old spayed cat that needs re housing, in other words free to a good home. Bonnie has been bred on a farm and has been used to living outside on a lifestyle block. She is a great mouse catcher. I can be contacted on cell 0274 960475 or by text.

If so you maybe able to help with a small translation job. Phone Bob/John on 422 0433 or email bobandjohn@slingshot.co.nz

Does This Float Your Boat?

The residents of Opahi Bay want to identify the owners of all the small boats currently left on their foreshore. Some have not moved in years and any not identified and not in regular use will be disposed of. If you have a dinghy, or know someone leaving their dinghy there please get them to contact us so we know which boats have owners, which are wanted, and then we can reorganise our foreshore. Also, this applies to the boats in the dinghy lockers. We are putting the dinghy lockers on to an annual rental with any proceeds to be used to beautify the Opahi Bay foreshore.  Please contact Jennifer on 4220110 or email opahibay25@gmail.com“

We live at 134 Fiddlers Hill Road. Our cat is a female, smallish, black and white with quite a long tail which has a white tip on the end. She is microchipped and her name is Sailor. She’s been missing for approx 24 hours (from Saturday the 31st of October).

Puhoi resident David Bollond is running the 12km race in the 2015 Round the Bridges
event to make a difference.

“I know that mental health awareness has made a lot of progress but
working in mental health I know that more needs to be achieved.”
With mental health awareness week October 5-11th, Bollond hopes to
support his own health along with others.
“I have suffered with depression and running gives me more energy and
motivation, I enjoy running because it makes me feel good and
increases my sense of wellbeing.” ”
Bollond was a runner when he was young, and recently began running
again this year. So far he has participated in the 5km in Orewa, the
Wilkinson Trophy 10 km at Kaipara Flat, and the ACC Whangarei 9km in September.
“Running doesn’t cure everything but helps create a resilience to deal
with life.”
This year is the first year Round the Bridges event has introduced
their fundraising programme, helping Round the Bridges to become the
Waikato’s largest one-day fundraising event.
“I believe that health promotion and awareness is really important and
have seen the Mental Health Foundation focus on that.”
Bollond has worked as a psychiatric nurse since 1982. He has worked in
the community as well as a clinical nurse. He moved away from nursing
for a decade, but has returned again in 2010 and is now working at He Puna Waiora.
Even with his work, Bollond still believes there is more that he can
do to support.
“I hope I can inspire some others to support the MHF and increase awareness.
My belief is that addressing stigma and understanding together with
helping the community feel more capable addressing mental health
issues formally and informally will improve the lives of all.”
David is slowly picking up speed with his fundraising page, he hopes
to reach his goal of $700 and even pass it before the race! To help
support Bollond and the Mental Health Foundation donate to his online
fundraising page https://roundthebridges2015.everydayhero.com/nz/david