Puhoi Community Forum Meeting to Be Held On Tuesday, 26 March, at 7.30pm at the Puhoi Sports Club – Agenda

Present: Judith Williams, Dustyn O’Leary, Sandra Beagley, Jenny Schollum, Sorrel O’Leary
Apologies: Beth Houlbrooke, Mike Swain, Tessa Berger, Paul Manton, Terri Ryder
Welcome by co-chair, Dustyn O’Leary
Matters arising from Minutes
Who did planting maintenance?- Woodpigeon Ltd
Motion 1: THAT the minutes of the meeting held on 29 January, 2019 and previously
circulated, be confirmed as a true and accurate record.
Moved: D O’Leary.
Seconded: J. Schollum
Carried
Treasurer’s report
Currently $2,360 in account to be used for Park when needed.
Motion 2: THAT the Treasurer’s report for the month of January, 2019 be accepted.
Moved: J. Schollum
Seconded: D. O’Leary
Carried
General Business:
(i) Slipway on wharf – concreting the mud part on the Park side of the river to aid boaters.
To be followed up with Beth next time she attends.
(ii) NX2 parking lot could be revisited at their next quarterly meeting. Possible solution to
Museum home. We could advocate to extend the Waiwera bus to Puhoi once a day.
(iii) Park fire signage – already signs around the area so legally can’t do more.
(iv) River Park Planting this year – plan for 1000 plants two planting days in July and Au-
gust. Lance to be contracted for spot spraying beforehand.
(v) Forum membership – membership now down to 17 again. Possible need to advertise –
mail drops, sandwich board, stall at market. Need a quorum to progress this.
Working groups updates:
• PPMP – Mike Swain met with group re Community Gardens, but there was not
enough manpower to advance the project at this point. Recommends that after re-
moval of perimeter fence of yards, we plant fruit trees and set up a couple of picnic
tables. No budget to provide more gravel for trails – Jenna Thompson at Council.
• Road Safety Group – Tessa Berger notes that road carpeting is an option for traffic
calming; rural speed bylaw being introduced is an opportunity to include communi-
ty feedback and input. Still working on funding for timber stops
• Heritage Museum – Jenny shared a full file on family history of the village.
• Heston cannot take on Civil Defence for area due to commitments to Scouts.
• Neighbourhood Support – 300 booklets have now been distributed to mail boxes.
• Market celebrated its 11th birthday; weather forecast didn’t encourage numbers,
Sandra Beagley won the tomato competition; a community donation was made to
the children’s choir for music printing. Church has allowed market users to park
there so signage was organised, which was successful.
No other business. Meeting closed at 8.30
NEXT MEETING
The next meeting will be held on Tuesday, 26 March 2019 at 7.30pm.

We’d like to hear from people in the community interested in creating a community garden for the village. We have a spot over in the River Park where the old sheep pens used to be which would make a good location. 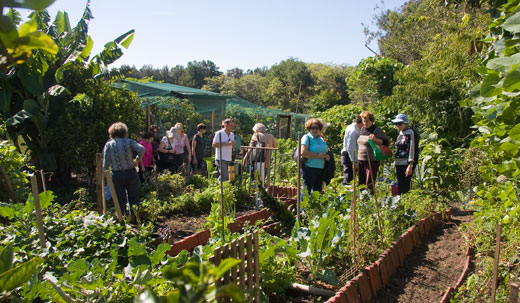 Confirmation of the Minutes of previous Meeting held on 30th October, 2018

No matters arising from minutes

Paul met with Jannik, Sinead, Will Maybury and went through the paths in the park and organised to gravel the loop track on the grass section of the Puhoi Walkway. This track maintenance to be done this summer, using bobcat to dig out track and fill up with gravel. Paul to give access through the forest, Council metal, Will’s trucks and a contractor. Council will also cut back gorse and foliage along tracks.

Paul also spoke with Jeff Lifford re gorse control along walkways along riverbank. Has been decided to finish the River Park planting before we attack the gorse.

Sinead contacted Forum and will support us with plants. Maintenance an ongoing issue that the Forum could address through an annual working group or continued use of contractors.

NEXT MEETING: The next meeting will be held on Tuesday, 25 December at 7.30pm. This will be the final meeting for 2018.

Agenda for Puhoi Community Forum Meeting to Be Held On Tuesday, 27 November

Confirmation of the Minutes of previous Meeting held on 30th October, 2018

Matters Arising from those Minutes (not appearing on this Agenda)

NEXT MEETING: The next meeting will be held on Tuesday, 27th November at 7.30pm. This will be the final meeting for 2018.

Public consultation is currently open on two bylaws, public safety and nuisance and Council review on development contributions policy. Feedback required by 5 Nov.
Collapsed jetty removed from behind Hall by local Board.
Renewal work coming up around the Library, door and chimney, chimney, pathways and signage.
AT approaches NZTA re bus stops on main roads, which are a difficulty. Local Board will continue to pursue a stop for Puhoi.
Roadworks coming up on Krippner road.
Ahuroa Road next major project for AT 2019 – 2021.

Matters arising from the minutes

Clarification was sought on the following points:

i) Jenny was not approaching landowners on behalf of the Forum regarding the BAN 1080 sign.

ii) The Puhoi Pioneers Memorial Park is not being closed due to kauri dieback.

THAT the minutes of the meeting held on 28th August 2018 be confirmed as a true and accurate record.

Landcare funds have been received and will be used to pay for planting completed during 2018 winter. Lance has completed the spraying work around the new planting. Confirmation sought to pay for this work

THAT the Forum pay Lance $270 for his work in the park.

THAT the Treasurer’s report for April 2017 be accepted as a true and accurate record.

Will be held on Dec 10th (Monday) in Puhoi Hall, starting at 6.00pm. Forum members to come half an hour earlier to help set up. Market manager to arrange music if possible.

Mike has removed all internal sheep pens, leaving only the perimeter in place. Most poles except large ones removed but still need backfilling. This could be community garden space. A committed team and comprehensive plan for the area is needed, keep Council informed for approval. Philippa would be interested in setting up composting there also, possible use of pony poo.
Ongoing to and fro communication with UMS parks people doing the maintenance work. Paul contacted Tess, 25th Sept. and Will and Alison Roe, about mowing the riparian strip. UMS have mowed the 830mstrip along the new fenced river walkway but it is not on his maintenance list, so he needs to have this recognized by Council and added to the Park Maintenance Plan to ensure ongoing mowing happens.
Finally got some maintenance from Council, did some additional clearing. They will be coming twice more.
The Gorse growh in far end above subdivision requires attention, Will Mayber of UMS has a prototype drone to spray – we may want to be involved in a trial. This would involve a cost for spray.
Will can look at tidying up tracks, but it is currently outside scope of general maintenance.
Pigs have been seen on the track, but don’t represent a strong public safety issue.
Goats have proliferated at far end of valley, culling will be taking place on NX2 and Asia Pacific land but not within the park itself.

Opportunity to lower speed limit within the village area was discussed. Beth suggested writing to Auckland Transport re 30 km speed reductions or village – copy in Beth. Beth recommends to pass a resolution, copy that resolution as an attached PDF from Puhoi Forum, formalizing the request. Luke suggests that the reduction in speed spans from State Highway 1 to Rosa Villa Lane or Cemetery. Without adequate provision for safe walking, reducing the speed from 80km/h down to 50km/h in the outer areas and from 50km/h to 30km/h within village center. Any resolution from the Forum will only start the discussion and AT will carry out full consultation on the matter before any changes are made.

THAT the forum writes a formal letter to Auckland Transport requesting a reduction in the speeds limits from SH1 to the Cemetery.

Show of Hands: Majority in favor.

Oct 10th there was a meeting of the mothership group, Rodney East Emergency Defence Group. Judith attended and suggests Puhoi should be part of this group as currently isn’t. Judith requested a motion passed to approve Puhoi starting a local civil defence group. This group can draw on the plan for Mahurangi West and adapt this for Puhoi – responsibilities, assets etc. and would need the support and credibility offered by Forum.

14-15th Nov Czech film company are making a documentary about emigrants around the world, and because settlers came from what is now part of Czechoslovakia, they will be visiting museum and church.
First entry now up sharing local Maori people heritage of Puhoi.
Armistice Day 11th Nov, short ceremony at the church and bells to mark this.

Numbers were reduced for last market. It was day after Kowhai festival!